For the second week in a row, the powers that be just could not let me simply enjoy a game of rugby. Had I been demoted to touch judge the previous week, this time I was asked to write a match report. Now obviously I’ll still do it, but be aware that this will inevitably happen to all of you this season. You shouldn’t be worried though, you tend to do a lot better at recalling a game and writing it down than you originally think. The good thing about finding out you’re asked to do a match report after the actual match, is that you tend to focus more on the whole, instead of certain moments.

It was quite interesting to hear the immediate post-match analysis. Matthijs thought it was allright, Alex thought it was downright shit and coach K left it somewhere in between. One thing I can honestly was that watching this game from the sideline filled me with joy and frustration at the same time. Joy because I saw a real team out there, battering on and even more than making up for the fact that a decent chunk of the game was played with a man short. Frustration because you eventually didn’t reward yourselves with what would have been one of the more epic wins I have seen during my time with LSRG. Right of the bat it was clear this would be a tough game. Rotterdam have apparently been spying on DSR-C the last couple of years, because their style of play showed a lot of similarities. The most notable, and at the same time the most difficult for us to adapt to, was them having an extra man, usually a back rower drifting over, in their backs line. This resulted in constant 2v1-situations, after which a few dummies and scissors were enough to scatter our defence. Add a couple of amateurishly missed tackles, and just like that we’re behind, making it unnecessary hard for ourself. The downside of Rotterdam’s tactical trick however, was that they were often a man short in the pack, where we therefore had the upper hand pretty much the whole game This was most memorably demonstrated with a highly arousing ‘balletje Luxor’, resulting in a pure, clean forwards try, on the brink of halftime.

Shortly after resuming, Ruben got himself in trouble with the ref, with red probably being too harsh. It proved to be a turning point in the game, but completely opposite to what I had thought. Had it sometimes been sloppy and not turned on with 15, with 14 players suddenly you were flying! I had to check with Iain after a couple of minutes to convince myself we weren’t cheating and kept 15 guys on anyway. At no point did it look like we were down a man, and that’s credit to you all! It was great to watch, while making the first half in retrospect even more frustrating. Why didn’t we start off like this? Do not for a second think that this loss was inevitable, because based on the second half, it sure as shit could’ve been yours anyway! We came very close, and with the match and final score as dramatically close as they were, I was having some major traumatizing flashbacks to the student cup final against DSR-C a few years ago...

It was a shame our advantage in the forwards overall wasn’t utilized as well as it could have been. Alex continuously bombarded Rotterdam with kicks, but our forwards frequently didn’t get there in time. Meanwhile, they refrained from kicking (I’m struggling to remember even one kick) and decided to run everything, even in their own 22, luring our forwards in before swinging out wide and using their extra man in the backs. They were further helped by a truly alarming amount of penalties we gave away, some in the most stupid places imaginable. Keep your discipline in rucks! Stop with the offsides, the hands in the ruck, not releasing and all that shit. It gains you nothing. Stick to the basics we have had for years here at the LSRG: fight to stay op, fight to go down, make an effort to present the ball and get up and cracking in attack, and be determined and focused in defence.

I have no doubt that everyone learned from this experience and because of that, I’m confident Rotterdam will be in for a brutal smackdown in the away game later this season. The game itself, the support on the touchline, the drinks afterwards and the New Zealand-Argentina game in the North End after that were great evidence of just how united this club is. First team, second team, ladies team, it makes no difference, I saw one greatly unified group of people out there, who enjoy playing the game and having a drink and a laugh with each other.

It defines what the LSRG is all about. So learn from today, channel any frustration and aggression into commitment to the rest of the season and, most important of all, stay the team you showed you are! Keep that up, and we may well be a very serious contender for the league title. And I just want you to know, I’ll be making it my personal mission to kill everyone involved in tricking me to end up at Minerva that night. 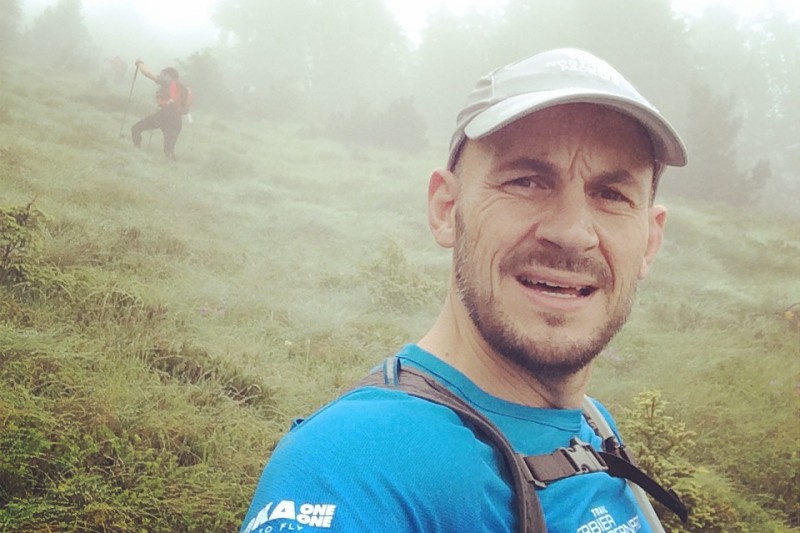 I will start in the UTMB because I love running and because I love and hugely respect the great outdoors. But more importantly, I will run this race to raise money for the “Vlinderkind” ("Butterfly Child") Foundation . The Vlinderkind Foundation raises money to find a breakthrough in the search to find a cure for EB.

Epidermolysis Bullosa (EB) is a life treatening genetic skin condition which causes the skin to blister and tear at the slightest touch.  Patients' skin is literally as fragile as the wings of a butterfly. It’s a rare disease (globally 1 in every 22.000 people and 1 on every 10,000 births) which has a very sever impact on EB patients and everybody closely involved.

I was made aware of this disease via Jack, a rugby friend of mine who's son Jesse has EB. After understanding the earnestness and impact of EB  (as well through the documentary “The boy whose skin fell off” about Jonny Kennedy - a 36 year old EB patient who filmed the last months of his life), I decided to raise money to support the Vlinderkind Foundation running the UTMB®.  Jack is one of the founders of the Vlinderkind Foundation - which is one of the main financial donors for international scientific research to find a breakthrough for a cure.

My post-race blisters will heal.

Unfortunately, the blisters of EB patients not (yet).  Thanks for supporting me in raising money to support the Vlinderkind Foundation in their support to search for a breakthrough to find a cure for this disease.

More information on EB can be found on: